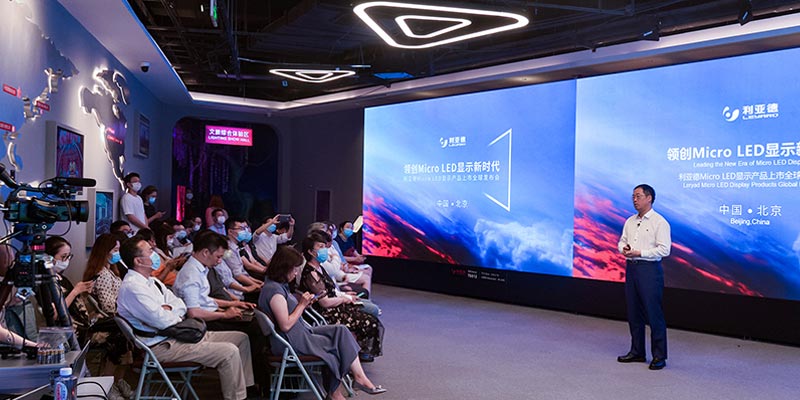 Li Jun, Chairman of Leyard Group, is sharing the development of Micro LEDUnlike the unexpected appearance of fine-pitch LED products a decade ago, the new multi-size, standardized, and mass-produced Micro LED display products are a response to public needs and have been officially launched to the market for real-life commercial applications. In 2016, Leyard initiated the establishment of a laboratory to research and develop Micro LED display technology and released the first Micro-LED product in 2019, and increased investment to achieve mass production. The four years of remarkable work represents the development of LED display industry with China's speed and Chinese strength. The year 2020 is destined to be an extraordinary year. A revolution is in the air. The Chinese LED display market will experience another round of reshuffle, and all this is due to this name--Leyard, a global pioneer in audio-visual technology. 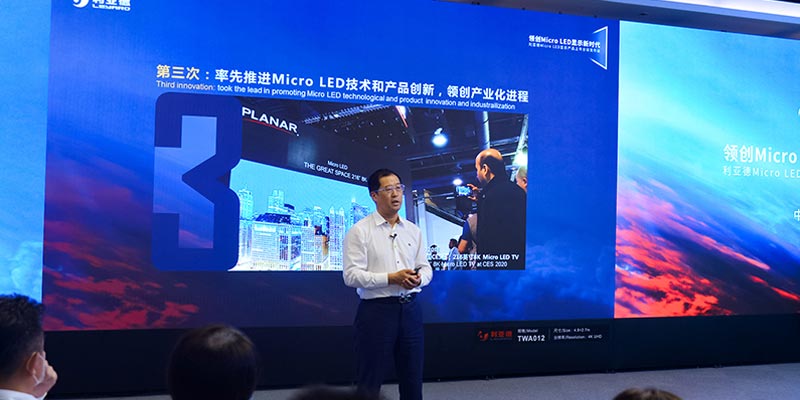 In 2016, the research on Micro LED was in vogue around the globe. Leyard was one of the first enterprises to initiate the research and development of Micro LED display technology and product innovation. In just 4 years, it eliminated technological barriers, accumulated dozens of LED drive technologies, and garnered core invention patents of Micro LED process technology and international patents, promoting the

A leading enterprise in the downstream application end of the LED display industry chain, Leyard understands the demands of the market and the actual needs of customers. According to the status quo and prospects of the industry, Leyard took the lead in defining the industry standards of the Mini/Micro LED display that are more in line with practical applications.

Considering the current technological conditions, the application of Micro LED on fine-pitch display can be better achieved through packaging to implement detection, bin dividing and mixed patch, and to achieve color uniformity and maintainability in fine-pitch displays. 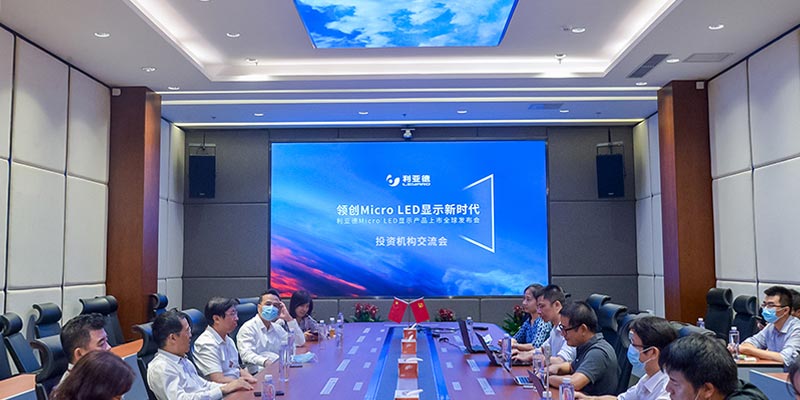 At the press conference, Leyard released the first 0.4 pitch ultra-high-definition Micro LED commercial displays. This product adopts the finest size of chip in the current application scenarios on the market and currently can achieve 81 inches 4K and 162 inches 8K. The product employs full flip-chip technology to avoid the shielding of light by the electrodes and maximize the light output area and light output efficiency of the chip. At present, the product can achieve a brightness of 2500nit and a contrast ratio of 20,000:1, and realize HDR2.0 display with better image quality. 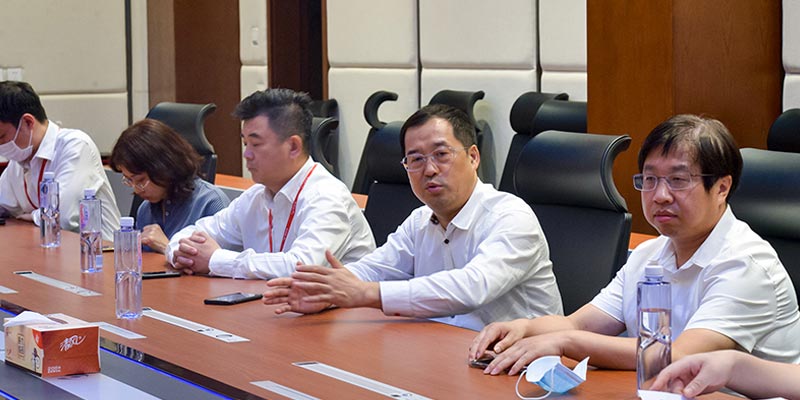 At the next stage, Leyard Micro LED display super-size screens will be widely used in high-end conference rooms, high-end display markets such as airports, stations, exhibitions, government departments, and business halls, and culture, sports, and entertainment markets. And with the arrival of new infrastructure and 5G+8K applications, the applications of Leyard Micro LED will extend to civilian/domestic markets such as cinemas and home theaters.

In March 2019, Leyard collaborated with internationally renowned panel driver manufacturers to develop a new generation of Micro LED driver chips; in May 2020, the driver chip was successfully developed and verified in small batch production. The chips have been applied in mass-produced Micro LED commercial display products.

So, what are the main advantages of the Leyard Micro LED driver chip?

The first advantage is its high-quality display and high performance of Micro LED. The driver chip adopts the ‘16bit+9bit’ processing mode, supports DCI-P3, and realizes HDR2.0. Technically, the color processing capacity can reach 370 trillion (2 to the 75th power), and the contrast is increased by 2 times.

The second merit of the driver chip is its lower energy consumption and environmental protection nature. The chip adopts the common cathode energy-saving technology of Leyard's independent intellectual property rights and uses different voltage drivers for the R/G/B three-color LEDs, which significantly improve the power consumption, packaging and heat dissipation of Micro LED display units. Compared with traditional chips, the driver chip saves 40% of energy in the maximum brightness mode, saving an average of 50% of energy, and saves 50% of energy in black screen mode.

Third, the chip achieves a high degree of product integration. With unique technologies, the chips can be externally connected to resistors and capacitors to drive LEDs and make Micro LED emit light more uniformly under micro-current conditions, with low gray, no flicker, and a smoother color transition. At the same time, a single chip can control more pixels, which reduces the number of chips used and thus lowers the heat and the temperature rise of the entire display system. In the highly integrated state, it can support the display driver of Micro LED as small as 0.4 pitch. Integration and standardization are the development direction of electronic products. In line with product planning of the enterprise and the development of Micro LED, another direction of Leyard is to develop display control components in the form of Asic. The development of Asic helps standardize product manufacturing, simplify product applications, and save product maintenance cost, laying a solid foundation for large-scale commercial use of products. In addition, the integration with Micro LED packaging can achieve standard modular display units, and also opens up new directions for the promotion and application of Micro LED.

In the conference, Leyard Group has sent a message to all sectors of the industry: innovation leads to development and industry upgrading, and collaboration and cooperation make a win-win situation. Regarding the future prospects of the enterprise, Chairman Li Jun said, "We will continue to work hard, speak with performance, and contribute to society with better products." In 2020, Leyard will follow the guideline of “focus on LED and stable development” and enter into a new era of Micro LED display.