New Achievement of LEYARD: The 1038m² Naked-eye 3D Display Was on the Headline of Wuxi's "Business Card"

At the beginning of May, amidst the anticipation of the people, the naked-eye 3D display screen of about 1000m² finally "landed" in Wuxi, which also marked the completion of the 1038m² outdoor LED display construction project by LEYARD and China Telecom. The super-large naked-eye 3D screen was stunningly unveiled, and the perfect combination of black technology and cutting-edge display technology allowed the public to feast their eyes with the stunning and immersive feelings.

The 3D big screen presents the three themes of "Willing Ox", "Land Reclamation Ox" and "Old Cattle". The design concept implies that the three cows raise their heads together and "leap out" of the screen, implying the incarnation of the three spiritual forms of the party, which strives hard for creating a happy life for the Chinese people. The emotional line progresses layer by layer, from warm protection and guidance, to hard work and exploitation, and then to reach the peak with diligence.

The theme of "Liangxi on Clouds" presented on the 3D big screen is based on the famous ancient town culture in Wuxi. The archway in the ancient town of Huishan, the pavilion, and Lingyun Pavilion in Jichang Garden, and the Miaoguang Pagoda of Nanchao Temple in Wuxi, Yuantouzhu's buildings, and other characteristic ancient buildings are selected, which stood on an ancient Chinese flying object, rushed out of the clouds and rushed to the front.

With the theme of "Cyberpunk Wuxi" presented on the 3D big screen, the design concept directly selects the landmark buildings in Liangxi District of Wuxi to create a futuristic and cyberpunk-style Wuxi Liangxi District.

The ancient culture of Wuxi blends with black technology, and the simplicity and modernity collide. LEYARD's 1038m² naked-eye 3D display presents novel naked-eye 3D content, attracting many citizens, which not only enriches the entertainment life of the citizens, but also injects new vitality to Wuxi City Yaohan Shopping Center. 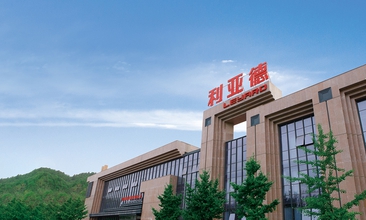 Institute of Leyard (IOL): Go Against the Wind and Build a Talent Pyramid 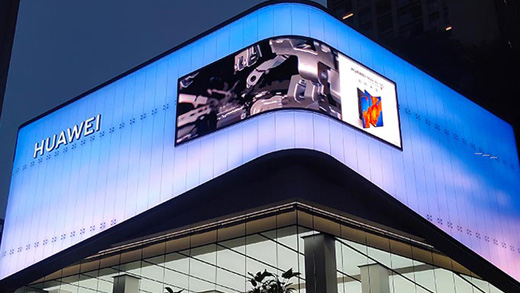 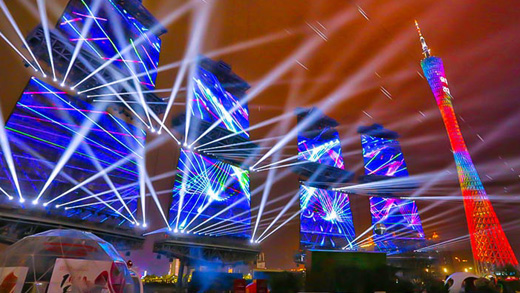