1. What is LED Curtain Wall Screen？

When designing the LED curtain wall screen, in addition to considering important factors such as display content, space conditions, screen size, pixel and so on; it is also necessary to ensure that the production process and technical indicators are suitable for the actual application requirements of the glass curtain wall, and then combine the project cost to carry out a reasonable design.

The point spacing is the distance between the centers of two adjacent LED lamp beads, and the unit is mm. The visual granularity mainly comes from the human eye's ability to distinguish. When viewing two points at a certain distance, when the two points are close to a certain degree, the human eye will not be able to distinguish. In the past two years, with the improvement of LED transparent screen manufacturing technology, the resolution of LED glass display has been continuously improved, and the glass curtain wall display design has been upgraded from the initial selection of the smallest dot pitch specification scheme to the selection of the appropriate dot pitch specification scheme.

One factor that determines the quality of LEDs is the main materials, such as box material, chips, lamp beads, power supply and so on. And the other factor is the packaging process. Pixel packaging technology is related to the color saturation, viewing angle and other display effects of the entire transparent screen, production cost, quality stability and so on. Transparent LED curtain wall packaging technology is mainly surface mount SMD mode. Surface mounting refers to pasting the packaged luminous tube on the circuit board, and then processing the integrated circuit welding process into the screen. It has good heat dissipation, uniform color, and the entire screen can be maintained from the front, which greatly reduces the maintenance cost and difficulty. At the same time, the metal compound is filled in the packaging process, which has a good color mixing effect and soft light.

The LED control part is the core part that determines the display effect, and the control circuit has a built-in high-performance single-chip micro-control chip. The controller sends control signals and data to the LED drive chip through an internal control program. After the LED drive chip receives the signal, it generates corresponding actions, thereby achieving individual control of each red, green, and blue LED light-emitting chip.

The function of the LED driving part is to receive color data and drive the LED transparent screen to display according to the brightness value indicated by the data. There are usually three driving modes: constant current, voltage stabilization, and constant voltage-constant current.

The output current of the constant current drive circuit is constant, and the output DC voltage changes with the change of the load resistance. The whole circuit is not afraid of load short circuit, but it is strictly forbidden to open the load completely. The voltage stabilizing circuit outputs a fixed voltage, and the output current changes with the increase or decrease of the load. The whole circuit is not afraid of open circuit of the load, but it is strictly forbidden to short-circuit the load completely. The most ideal driving circuit is to use constant voltage first and then to have constant current. It not only needs to detect the LED current, but also control the LED voltage, which helps to improve the life of the LED and reduce the power consumption. It is generally used in high-end LED products.

The display effect of the LED depends on the size and time of the current and voltage passing through it, so the control system mainly controls the power output of the LED. At present, the LED power supply designed by PWM (pulse modulation) control method has a conversion efficiency of 80% to 90%, and the output voltage or current is very stable, which is a highly reliable power supply.

PWM can control the time ratio of LED on and off. By dividing the time ratio into several levels, the LED can display a corresponding number of gray levels (gray scales). The product of the gray levels of the three primary colors is the number of colors that the display screen can theoretically reproduce. Generally, it generally has 256 levels and the number of colors reaches 16.7M, which can display 24-bit true color information.

Generally, the frequency of PWM is greater than 100Hz, otherwise there will be flickering and scanning lines when viewing. Nowadays, large screens with 10-bit grayscale have a refresh rate of 800 to 1000 Hz. The refresh rate of transparent screens in the LED industry is generally above 1920 Hz.

The way of interconnection with LAN is to use the most popular way of Ethernet.

Install an Ethernet network card in the screen controller, and connect the network card to the hub/switch with a network cable to realize the interconnection with the local network. One issue that should be paid attention to in this part is network security. Network security, anti-computer virus and preventing hackers from intruding in reality, is mainly anti-virus. Commonly used methods are to use firewalls or anti-virus software to monitor and kill viruses. 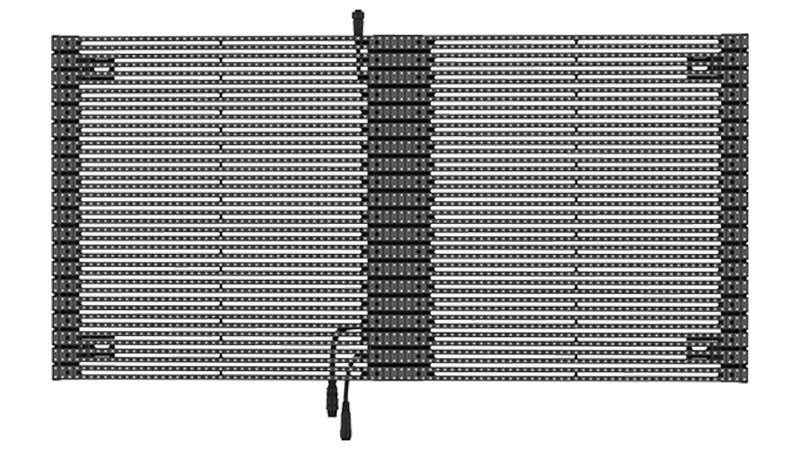 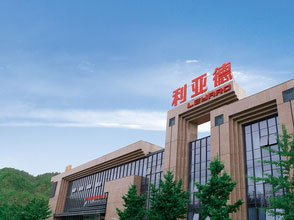 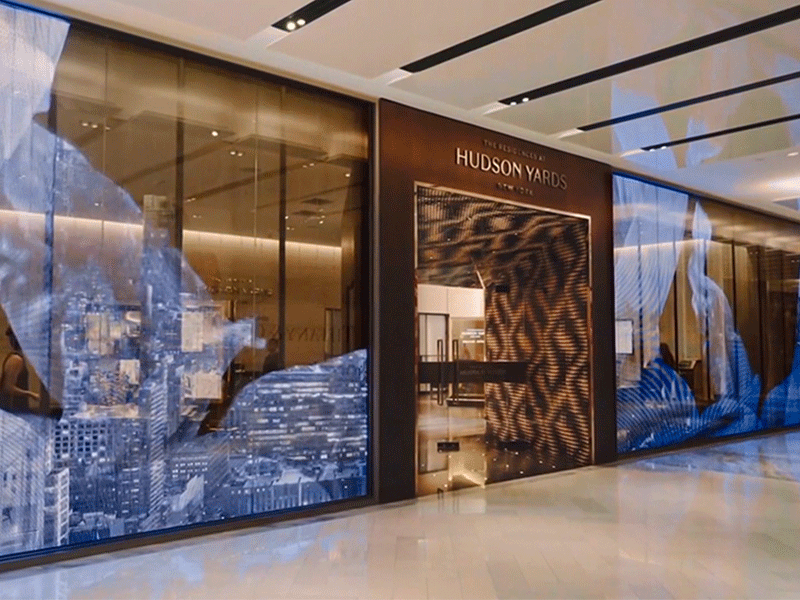